Hit enter to search or ESC to close
NewsVaping

Vaping has provided a home to marijuana users who could not put up with smoking, and guess what, the vaping community is growing at a very high rate.

Most marijuana lovers prefer vaping to other methods of consuming their favorite herb as they consider it safe, better and very public friendly. This has been affirmed by pot users in the states of California, Colorado, and DC.

There exists contradicting schools of thought about the meaning of ‘Vaping’ which leave us wondering which side to pick. Well, vaping generally means sucking vapor from an electric machine or device, it might be water vapor! This meaning has received a lot of criticism as people term vaping as a method which wannabes and douchebags try to show off yet they don’t have the guts to take marijuana itself. KoiCBD Vape Oil is one of the best oils.

One thing that most critics don’t know is that marijuana vaping is real and the vaping culture is rapidly replacing smoking culture. Most critics only fear that vaping is done by the elite upper-class people who got life, well that part is true. You don’t expect to see a lawyer puffing smoke like a 1910s steam train yet there is a better option in town since vaporizers offer an alternative option to smoking, it is discrete and professional.

In a research carried out at vape lounges in Manhattan, Brooklyn, and Queens, one thing was crystal clear, people vaporize to stop smoking weed. It is a safer replacement, a choice made by clever people who care about their health and not douchebags.

There are some accidents which have been caused by using e-cigs. Is it still a new invention and teens all over town are trying to look cool by blowing up huge clouds of vapor, it presents the risk of being misused which might lead to an accident. There are some past cases where some vaporizers have exploded blinding the victims after they were misused.

The vaporizers are easy to use and are available at e-cigs stores. You just need to buy your favorite e-cig depending on the type of substance you have at hand, whether it is oil or herb.  You will need to charge the device then follow the stipulated steps on the manual.

Critics also claim that vaping is mainly associated with masculinity, well they need to have their facts right, in the real sense most women prefer vaping to smoking. The false facts by critics are drawn from the fact that it is more likely to get a male marijuana user than a female one. Women can freely advocate for vaping without it seeming awkward.

Koi CBD’s best CBD oil for vaping has a lot of benefits. In America, the vaping culture is trying to get rid of obnoxious behaviors of vaping which make other people uncomfortable. You should not treat your vaping device like a steam engine spewing clouds and clouds of smoking around everyone. It has been noted that people observe etiquette at the vaping lounges and you won’t see behaviors such blowing smoke on one’s face as it is normal with smokers.

Vapers are optimistic that there will different regulations for vaping and smoking in the future. Even though marijuana vaping is over 90 percent safer than smoking there also exists a significant difference between smoking and vaping. 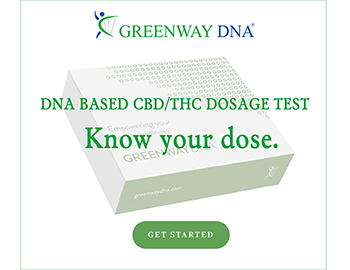