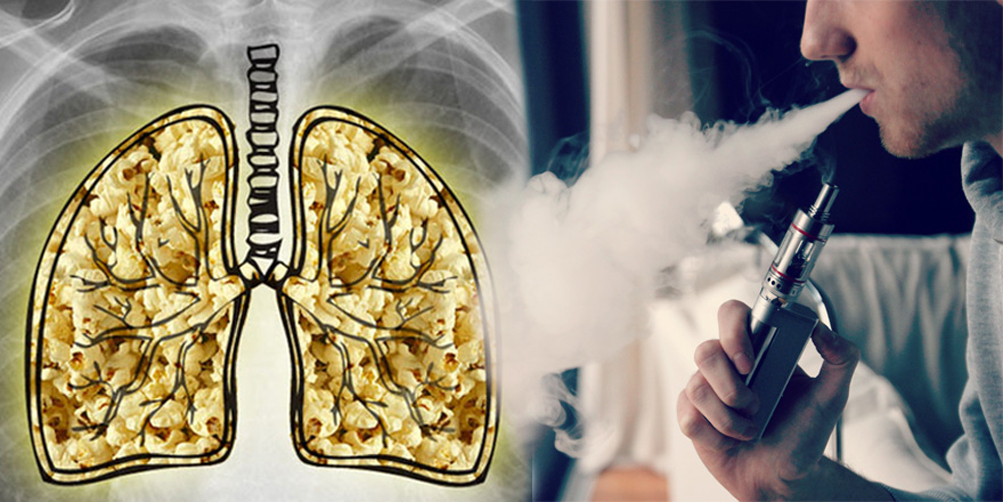 Are Lungs Safe From Vapes? A New Study Explains why it is so.

Wary supporters and a majority of vape detractors tend to argue that there isn`t enough information on how vaping affects the human body in due course.  Let us know a bit more about E-cigarette vapor first. You can also visit Herbalize Store US or Herbalize Store CA for more information.

What is E-cigarette vapor?

Contrary to popular belief this is not smoke. Inhaling a concoction of propylene glycol and vegetable glycerine is not likely to cause any long-term damage to your body. However, inhaling some flavorings might put the person at risk. Acetyl propionyl and diacetyl are perhaps responsible for certain instances of bronchiolitis obliterans or popcorn lung at several flavoring factories. However, this was only reported in workers who inhaled the powdered form of these substances in huge quantities.

No diagnosed case of the alarming popcorn lung condition has been found till date in a vaper. Cigarette smoke contains additional quantities of these chemicals as compared with e-cig vapor. Yet, no cases of smokers contracting bronchiolitis obliterans have been reported to date.

Are Lungs Safe From Vapes?

The results of a new study carried out on a cohort of vapers and non-vapers over a period of time reveal that vaping poses almost no threat to a vaper`s respiratory system. The new findings have only augmented the winning streak which vaping has been enjoying of late.

Professor Riccardo Polosa of the University of Catania conducted a study on this topic in the recent past. Youngsters aged 27-28 years were selected as the subjects. Nine of them were every day e-cig users who never smoked and twelve were never-smokers as well as never-vapers.

Vapers who did not have a history of smoking regularly in the past had to be specifically selected. Any previous past with tobacco would have led to confused results as the report painstakingly explains. This, in turn, would have made it impossible to differentiate between the effects of vaping and the effects of smoking.

All the participants of the study were physically assessed by the researchers at the outset. They were then vigilantly monitored over 3.5 years. The research team could not find any difference In almost every quantifiable instance between the lungs of the regular e-cig users who never smoked and the never-smokers/never-vapers.

Details of the Study:

The researchers initiated the study with the basic measurements of the participants such as heart rate, blood pressure, and weight. Spirometry tests are standard tests to assess lung health and these advanced tests were taken afterward. At the end of the assessment, a high-resolution computed tomography or an HRCT test was carried out to get a fuller image of the lungs.

A baseline was devised by scientists after the commencement of the study. This was necessary to gauge any deviations ascertained at the conclusion of the assessment.  However, no significant variations were detected by them.

The study revealed that the nine regular e-cigarette users did not exhibit any signs of lung injury after the test. This was in comparison with the subjects who did not either smoke nor vape in their lifetime. Identical results were evident in both the groups irrespective of whether the research team analyzed lung tomography or blood pressure.

The teams found negligible differences amid the participant`s general lung health. What we must keep in mind is that the scope of this study was rather restricted. To some people, a time span of 3.5 or 4 years is not exactly “long-term”.

Lack of lung deterioration after three years is something that can crop up in cigarette smokers too, as the study determined. This essentially meant that even if no signs of lung damage are ascertained after three years of vaping it doesn’t necessarily mean that damage would not happen in the near future.

The authors unreservedly confessed that the small sample size was a probable flaw of the study. Nearly all e-cig users are former smokers which determined the number of participants in the study. As their lungs quite possibly showed signs of injury it would be impossible to decide whether the damage was due to vaping or smoking.

Researchers were convinced that their findings offered preliminary proof that long-term use of ECs in comparatively young users is not likely to increase their health risks.

However, a caveat was attached to their conclusions which stated that further studies in a bigger sample of EC users with and with no past of tobacco smoking are warranted. This was issued despite the so-called confident findings.